Francis Murray was raised in Birdsville and Bedourie by his parents Wesley and Sandra Murray. Wesley was a son of Arthur and Flora Murray who moved to Birdsville from Finniss Springs Station, north of Marree, in the early 1950s working the cattle industry as drovers, fencers and yard builders. Arthur and Flora had a large family and were known for their hospitality. This was the life that Francis grew up in.

Francis’ brother, Wesley jnr, was the last child born in the Birdsville Clinic and a few years later Francis married Michelle Cain in the Bedourie Hall. Together they established their truck business working for the Diamantina Shire. Francis and Michelle have two children, Ryder and Jonti, and when Francis’ parents passed away, they also raised Wesley jnr.
The family moved to South Australia when the children were young where Michelle was involved in regional arts while Francis maintained their business in locations such as South Australia’s northern tracks, the Cooper Basin and APY Lands, the Northern Territory and Diamantina Shire.

Francis and Michelle now live in Birdsville from where they continue to run their business. Francis is proudly descended from the Arabana, Dieri, Barngarla and Scottish peoples of South Australia but, having lived and worked almost all of his life across the Diamantina Shire, he considers the Wangkangurru/Yarliyandi, Mithaka, Wangkamahdla, Pitta Pitta and Maiawali/Karuwali countries home.

This is Francis’ first term as councillor. 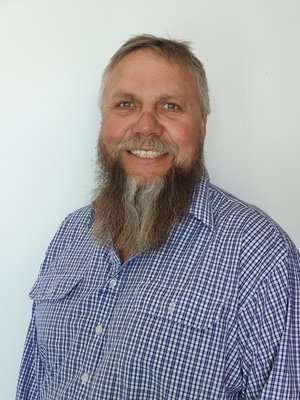